In the second of a potential series of important scientific papers, researchers have combined maps of shark and tuna habitats with satellite tracks of fishing fleets to identify regions where they overlap. Only five national fleets (Mexico, Taiwan, China, Japan, and the United States) account for >90% of overlap with core habitats of our focal sharks and tunas on the high seas.

To create the maps, scientists analysed the habitats that more than 800 sharks / tunas and 900 industrial fishing vessels occupy. Focusing on international waters in the northeast Pacific, they found that vessels from Taiwan, China, Japan, the United States, and Mexico accounted for more than 90 percent of fishing in key habitat areas for seven shark and tuna species.

“The high seas are the global commons of the oceans,” says Timothy White, a graduate student in biology at Stanford University’s Hopkin Marine Station and lead author of the paper, which appears in Science Advances. “Analyses like this open the door to conversations about whether we think that the current mode of operation in the high seas is most equitable, most effective, and most desirable.”

“We may protect a species near the coastline of North America, but that same species may be exposed to a high level of international fishing in the open ocean. By increasing the transparency of where fish and ship fleets meet, we can identify hot spots where international protection may be required,” says Barbara Block, professor of marine sciences.

The work builds on a 2018 study published in ‘Science’ journal in which researchers took four years of data from the Automatic Identification System—which tracks vessel movements via satellite—and developed a machine learning algorithm that mapped the footprint of 70,000 individual fishing vessels across the globe, down to details about the fishing methods of each vessel.

In the current paper, the researchers narrowed their focus to the activities of over 900 vessels from 12 countries in the northeast Pacific Ocean to better understand the degree of overlap among fishing fleets, sharks, and tunas in those waters.

Two significant mysteries have hindered finding meaningful solutions to overfishing of some shark and tuna populations: where fishing happens and where fish hang out. In order to help solve these questions, researchers combined ship positions with the ocean habitat preferences obtained from the decade-long tracking program called Tagging of Pacific Predators (TOPP).

The program includes Pacific bluefin tuna, yellowfin tuna, albacore tuna, white shark, shortfin mako shark, salmon shark, and blue shark. With the exception of the salmon shark, all of the species appear on a list as threatened or near-threatened on the International Union for Conservation of Nature’s Red List of Threatened Species, though people sustainably fish some populations in the northeast Pacific region.

Over the 10 years of the TOPP program, researchers deployed 876 electronic tags on individual sharks and tunas. Hundreds of individual journeys—each spanning hundreds to thousands of kilometers—showed which areas of the ocean each species prefers.

By integrating the animal, ship, and environmental data, the researchers predicted what ocean regions and commercial fishing fleets have the highest overlap.

The United Nations’ high seas treaty discussions, going on through 2020, are very much on the minds of the researchers, who believe their work could help guide which parts of the northeast Pacific Ocean deserve special consideration, what kinds of fishing activities need addressing, and which nations have a major role to play in protecting these waters.

How you can save sharks 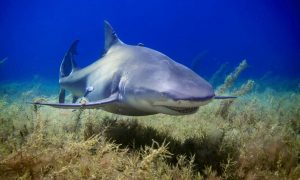 Why shark conservation is important 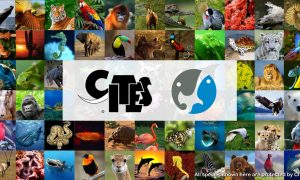 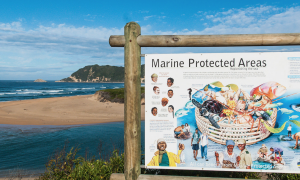 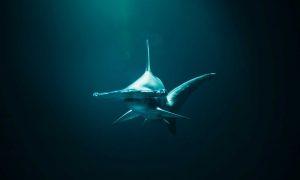 Most endangered shark species in the world today