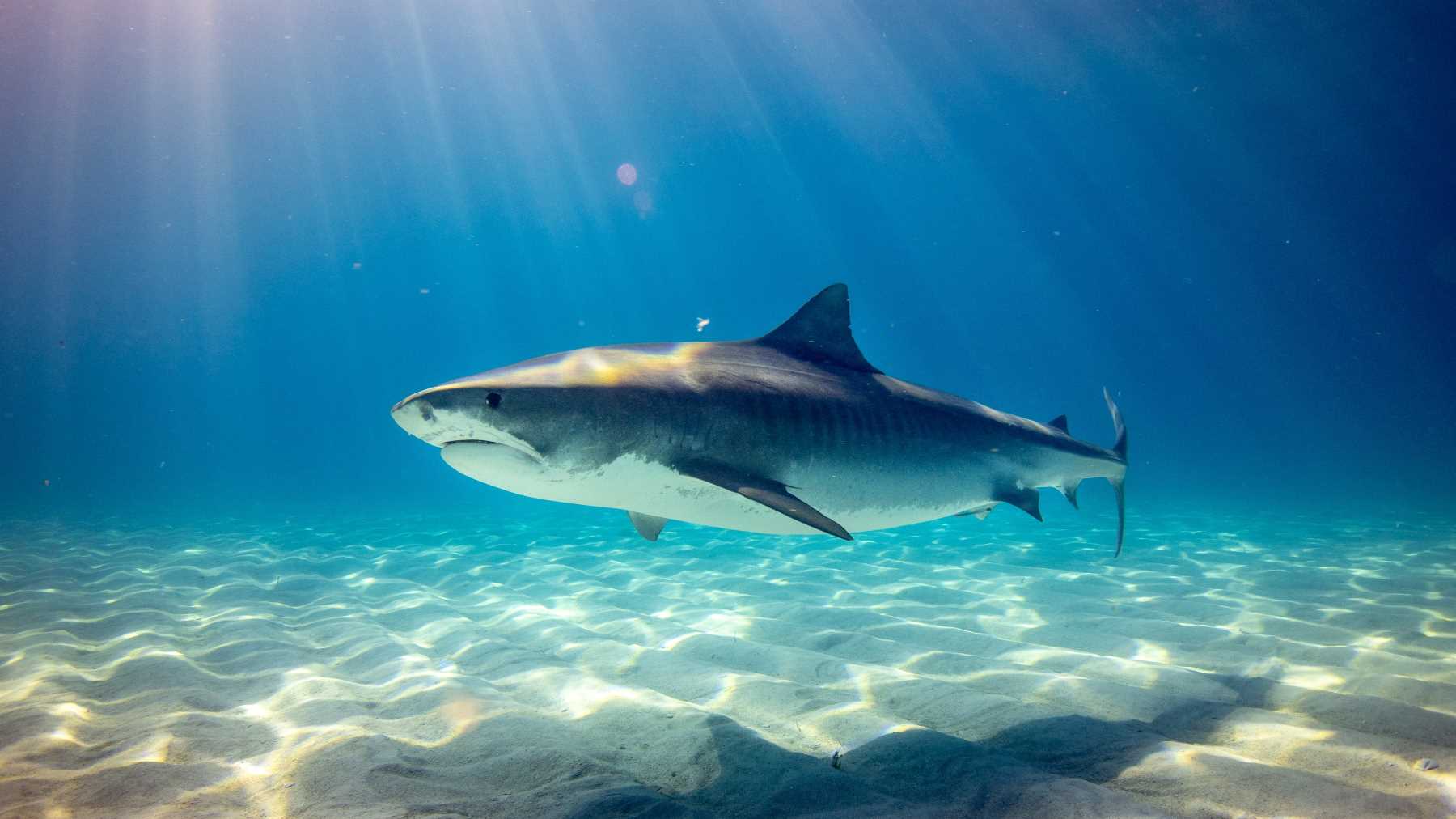 There are many, many species of sharks in our oceans. Each one of them has its own unique characteristics, habitats and behaviours. But which of the hundreds of shark species are the best to study?

Shark scientists all over the world have their own personal favourites. Here’s a list of shark species that are the easiest, most interesting and exciting to research.

First and foremost, the species that most people in the world have heard of. Great whites hunt by ambushing, meaning that they swim up to catch their prey from below. They sometimes breach the surface completely while hunting. This is a favourite phenomenon for both scientists and photographers. Mature great whites can grow up to 6m in length. Scientists discover new things about great white shark behaviour, movement and hunting patterns on a daily basis.

They get their name from the vertical repetitive pattern across their backs. Though tiger sharks are responsible for the most recorded shark attacks besides great whites, they are a beautiful and fascinating species to research. Tiger sharks are voracious hunters and also scavengers. They eat almost anything they can find. This includes shellfish, birds, and even discarded license plates. These sharks dwell near the surface as well as on the ocean floor, making it possible for scientists to find them in both areas.

These sharks are the largest species of shark in the ocean. They are gentle and peaceful creatures, filter-feeding on plankton in the water around them, similar to some whales. They are very easy to get close to, as they are docile and non-aggressive. Divers and scientists often swim right alongside them. Whale sharks prefer warmer waters and are found in any tropical ocean.

These hammerheads are solitary, which means they travel alone. They have a larger visual range than other shark species because of their wide-set eyes and flat, hammer-shaped head. They are fierce hunters and have specialised sensory organs in their heads that help them sense food. They can grow up to 6m long, which is larger than other hammerheads, but you’ll usually see ones that are smaller in size. Hammerheads are a common species of shark that scientists can easily find and study. Tough they’re relatively harmless to humans, their size and agility can’t be ignored when you’re close to one in the water.

A lesser-known group of ray species, these sharks can live in freshwater habitats. They even mature in rivers and estuaries before moving to the ocean. They have been spotted many times in water bodies such as the Amazon River. These fish have a chainsaw-like snout called a rostrum, which they swing from side to side to hack at and stun their prey. Their snout can also detect electric fields, making them expert at tracking down prey. They hunt during night time because of this sixth sense. Largetooth sawfish can grow even larger than great whites: a staggering 7m! The fish even appears on the West African Franc notes and coins. These fascinating creatures are a marvel to scientists who conduct research in tropical and subtropical waters.

Raggies, also known as sand tiger sharks or grey nurse sharks, are found in the coastal waters of the Atlantic, Indian and western Pacific Oceans. They are closely related to great white sharks. They’re also one of the shark species you can get very close to while diving. Perfect for scientific research! Raggies swim to the surface to gulp some air into their stomachs, which makes them buoyant for swimming. Once a ragged-tooth shark pup leaves the womb, it is entirely independent of its mother. Raggies usually swallow their prey whole, so humans are definitely not on the menu!

If you’re looking to become a shark scientist, these are some of the best shark species to research when you’re studying or working in the field. There are many other species in the shark kingdom and they’re yours to discover if you’re interested in the field of shark biology. Join the Blue Wilderness Shark Development program to gain some practical experience in shark research. You’re sure to swim with some ragged-tooths or even tiger sharks on the eastern coast of South Africa while you’re at it!