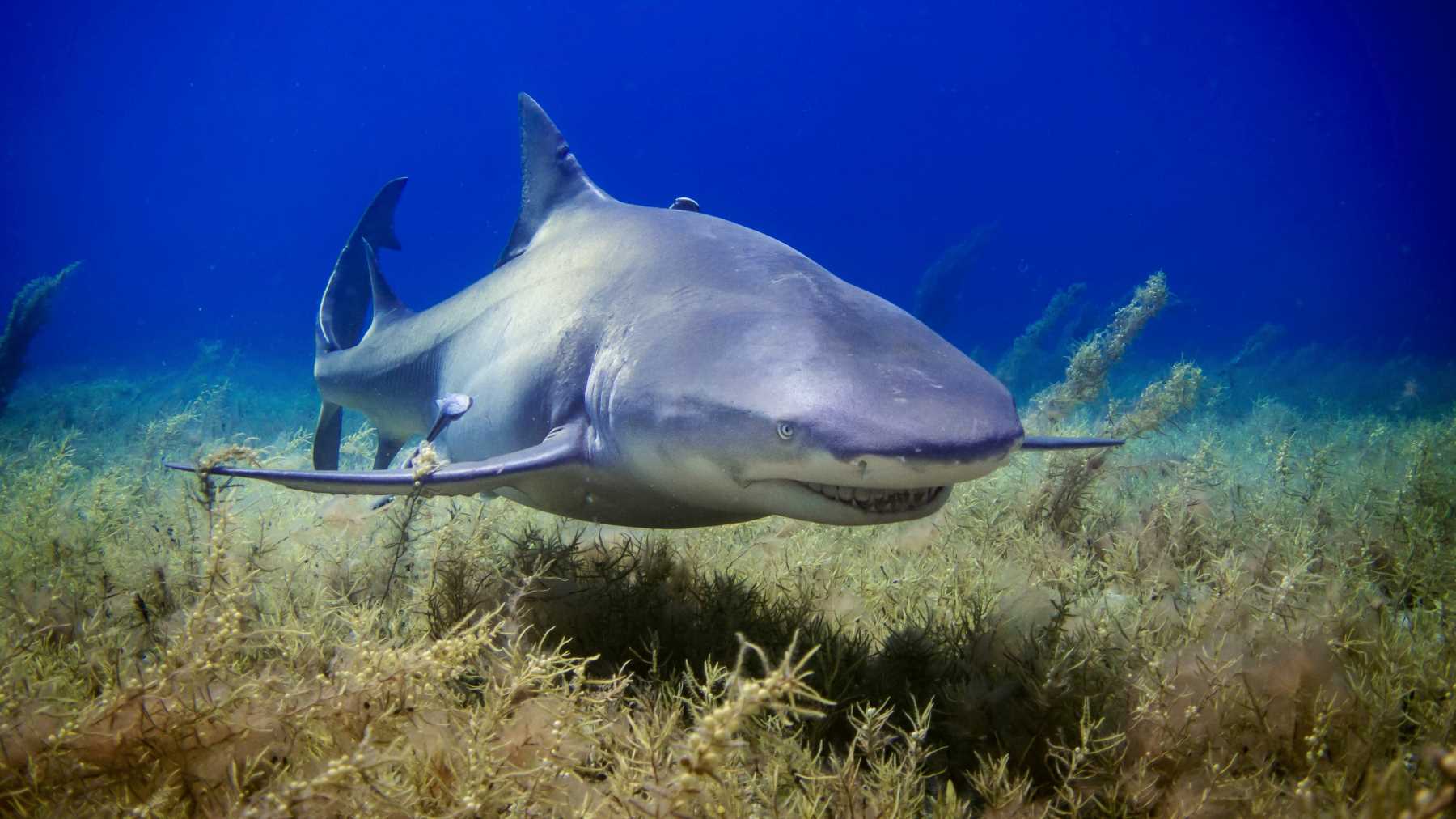 Sharks are one of the most important creatures in our oceans. Yet, some shark species are severely threatened and are being killed on a daily basis due to human activity.

One of the biggest threats to shark populations is overfishing. Fishermen cast their nets over a wider area to catch more fish. In doing so, however, they trap sharks and other species along with it. A second big threat to sharks is the practice of finning. During this, the sharks’ fins are cut off and they are thrown back into the ocean where they sink to the bottom, unable to swim without fins. They then suffocate at the bottom of the sea or get eaten by other predators. Despite the stigma people attribute to sharks, the vital role they play affects us in more direct ways than we think. Here’s why shark conservation is important.

Because sharks are one of the ocean’s apex predators, they keep the numbers of fish lower in the food chain in check. If sharks were removed from the chain, the smaller species would flourish and overfeed on their prey. This would lead to an upset in the reef and coral ecosystems, as the herbivores that are supposed to keep algae growth in check will also be absent. In an algae-dominant ecosystem, the coral reefs can’t compete and will cease to survive. Shark conservation is important because these types of negative environmental changes could take place if they were to decrease in numbers.

In addition, since sharks feed on the weaker and sicker fish, they keep the fish populations healthy. Sharks and rays reproduce and mature slowly, which means that their numbers are decreasing quicker than they can recover. This will lead to an even more dire effect on many ecosystems.

2. Shark movement and population reflect the health of the ocean

Sharks are a great indicator of the ocean’s general health. Usually, if sharks disappear from their usual environment, it indicates that something is out of balance or wrong in that ecosystem. Their disappearance from a certain place is usually an indication of that habitat being destroyed. Because they have such a key role in the fish population and ecosystem health, as shown in point 1, their absence also indicates when there is a decrease in prey and healthy reefs. Without them, we’re not able to see these ecosystem problems as easily.

3. Sharks are NOT monsters

Despite all the hype that the media and movies create about shark aggression, there are only about four fatalities in the world from shark attacks annually. In contrast, fisheries remove about 100 million sharks and rays worldwide every year. Humans are not on the menu for sharks. Those who are bitten, are often in the wrong place at the wrong time. Sharks are curious creatures that investigate unknown objects or threats with their strong jaws – which is where a problem might arise if you get too close to them. Otherwise, sharks are a vital part of the marine environment that would do more good to humans if they were protected, rather than feared.

4. Sharks have a direct effect on the economy

Through shark cage diving and other ecotourism, sharks bring in millions of dollars to local tourism companies close to the shore. If sharks disappear, there will be a big loss of tourist attraction to the area. This, in turn, affects the economic situation of local businesses and tourism companies.

Some shark species help feed on dead animals found on the seafloor, moving the carbon emitted from the dead matter through the ocean. They also emit large amounts of carbon themselves when they die and are eaten by scavengers on the seafloor. This carbon cycle is disrupted, however, when sharks are taken out of the ocean due to fishing activities.

6. Shark fin soup is bad for you

Shark meat contains high levels of mercury, a toxin that bioaccumulates when it moves up in the fish food chain. Because sharks are at the top, all the mercury accumulated from the fish they eat gets incorporated in their own tissue. Mercury levels in the ocean are higher than ever because of pollution. By ingesting it, humans have an increased risk of suffering from autism, neurological disorders, infertility or coronary heart disease. Shark fin soup is a delicacy in certain Asian cultures as a symbol of status. By supporting initiatives against shark finning and educating others on why it’s bad, shark poaching and finning practices will decrease.

These are just a few reasons why we should be protecting sharks. Even though they are predators, they are in danger of extinction, largely due to human impact. Remember these reasons and be part of the initiative to raise awareness for sharks. To learn more about sharks and play an active role in their conservation, join the Blue Wilderness shark research unit as a volunteer. Let’s save sharks together!